The epic artwork which is as big as 3 football pitches, washed up this morning on West Shore Beach, Llandudno, causing quite a stir.

The intricate design has been claimed by Aphetor, the extreme sporting series for influencers and content creators which arrives in the UK for the first time this week. Organisers have revealed the unique sand markings were formed to celebrate the official opening of the first ever 3-day series which begins on Sunday (13th) in Snowdonia, North Wales.

Traditional Olympic opening ceremony’s are so 2016. Instead, Aphetor created a world first – a fully scannable QR Code in the sand, close to where the games take place, that allows readers to use their smart phone to scan the code and gain exclusive access to Aphetor content. The masterpiece took over 6 hours to complete, and was captured using a drone.

In a summer stripped of sporting events, including the Olympics, Aphetor is set to shake up the sporting landscape – flipping how we consume and enjoy sport on its head.

Forget Lineker, Logan or Inverdale. Aphetor will be hosted by three of the UKs hottest influencers; Chunkz, Yung Filly (who bagged a goal at Old Trafford for Soccer Aid just last week), and Chelcee Grimes.

The stage is set in the stunning backdrop of Snowdonia, as influencers and content creators from across the UK and Europe go head-to-head in competitive events in partnership with Zipworld, including; e-bike racing, hanging bar dives, and cave bounce.

Try out the QR code by holding your phone over this image: 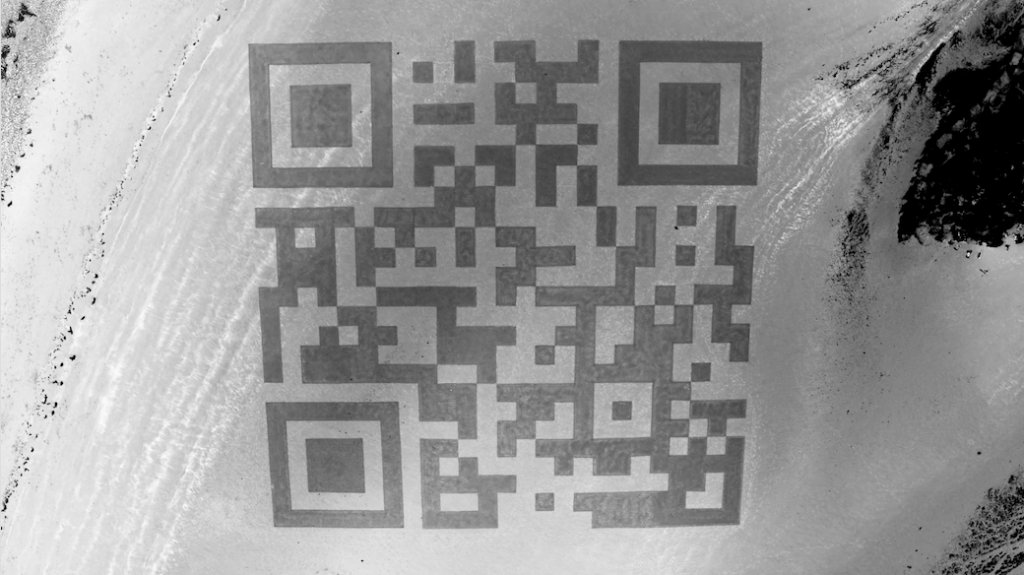 The competition format sees six teams of five compete, with three eliminated on days 1 and 2. For the final event, competitors from the three remaining teams compete as individuals. Only one can be crowned Aphetor champion.

Unlike watching the BBC or SKY Sports, the aforementioned influencers will create their own amazing content that will give audiences the chance to experience the challenges on their social platforms including Instagram, YouTube, Tik Tok and Twitter for the first time.

Yep, this is no ordinary sporting occasion.

Aphetor is the brainchild of Carsten Thode, who’s wealth of experience in running sponsorship programmes at major sporting events including London 2012, The Lions, the football World Cup and London Marathon led him to conceive a unique entertainment sports series for the ‘influencer’ age.

“We wanted to create a sporting series that appeals to gen-z which meant stripping back how we traditionally consume sport and creating an ecosystem for some of the biggest influencers and creators on the planet to compete, capture their own content, and share it with their audiences on their own platforms.

Aphetor is a genuine world first and we wanted to celebrate the launch with another world first – so we took over West Shore Beach to create the scannable QR Code to spark the intrigue that our first Aphetor series instalment brings. Get scanning..”

A third of people in Wales relying on digital fitness, risking rise in home injuries